Groundserv, Inc. : It’s Not Just About the Growing Grass!

Nestled in the beautiful Ozark Mountains, Fayetteville, Ark., has long been recognized for its spectacular scenery, including mountains, lakes, streams and breathtaking year-round foliage. And for 11 years, Terry Delany of Groundserv, Inc has been working hard to keep the lawns of Northwest Arkansas green, well trimmed and attractively landscaped. As with any start-up business, Terry wanted to grow. But, something just wasn’t clicking. As hard as he worked and brought in new business, he struggled to pay the bills, let alone turn a profit. Wasted time, wasted effort, disappearing tools and trailer trouble were mounting. Delany needed help, but where to start – operations or economics?

Instead of ramping up his marketing and advertising efforts, he kept coming back to a product advertisement he had seen in a landscaping magazine. So in 1999, he opted for something more ambitious: purchasing a Super Lawn Truck System. Offering an enclosed truck that served as a mobile warehouse and rolling billboard, the Super Lawn Truck promised to save time, money, decrease property damage and provide a secure space for his growing collection of lawn care equipment. And that was important to Delany, as not only were his open-air trailers uneasy to drive and a handling hazard, but they served as an open invitation for thieves. Better yet, the Super Lawn Truck System included a tool storage system, fuel stations for both regular gas and pre-mixed fuel, a patented “Hydra Ramp” to make mower loading and unloading a breeze, and more. Delany was sold. Convinced of its benefits, he took the risk of purchasing such a large piece of equipment that he truly couldn’t afford.

“It was a huge risk, and people always tell you that you shouldn’t buy what you can’t afford. But in my mind, I knew that this purchase would make me work doubly-hard to pay for a truck that has a proven system for success in my industry,” said Delany. After the purchase, Delany quickly saw the efficiencies and the possibilities the truck brought to his business and added two partners to help him expand the company. However, the Groundserve team still couldn’t break into the black, and hiring a specialist to give an unbiased view of the business, help identify problem areas and recommend strategies to get the business on track was just what Delany needed.

The force behind the Super Lawn Truck System is Tony Bass, who for 10 years while owning and operating his own landscape business, engineered equipment to master efficiency in his landscape company. With the help of his father, he obtained two U.S. Patents on these inventions, which lead to the creation of the Super Lawn Truck. Bass, also a consultant to the green industry, has more than 20 years of experience including founding, growing and ultimately selling his initially small landscaping business for a seven-figure profit. “Why not learn from someone who has been there and tasted success? I was already seeing the savings and efficiencies of having a Super Lawn Truck, why not take advantage of Tony’s business building savvy as well,” thought Delany.

After an initial three days with Bass, Delany added monthly conference calls to continue drawing on Bass’ industry expertise and working together towards practical and effective solutions. “Tony not only helped us get back on track financially, but also helped with organizing our company into divisions, and giving each partner separate responsibilities. He also forced me to make some tough decisions and that meant cutting loose partners and employees who were floundering in the new system and holding us back,” explained Delany.

“The main thing I drew from our partnership was to understand that this business wasn’t about just making enough money to pay my bills, but to succeed, I needed to start thinking, and working, in terms of creating a self-sufficient company that in turn would be a money maker,” said Delany. According to Bass, “The American Dream is much more entrepreneurial. And people know that work is a reality for everyone. It’s not about just improving your business performance and expanding revenues, it’s about shaping ones own destiny: mobility and flexibility to be an owner, and not an owner/operator.”

The Super Lawn Truck has been a time and money saver in so many more ways for Groundserv – from the ease of tool storage and inventory, to security and time savings of leaving the tools inside a locked truck. The Super Lawn Truck’s double cab allows seven workers to go out at the same time, saving the company 40 percent in time and money on each job by not sending out a second fuel-filled truck. Groundserv’s accident rate has also decreased. “Driving a truck and trailer is difficult and as careful as one tries to be, you are going to bump and bang into things. The Super Lawn Truck is one unit, easy to drive and maneuver in and out of traffic, as well as narrow streets and driveways,” added Delany.

Standing Out in a Crowd

In an industry where most businesses typically spend two to five percent of gross sales on advertising, Groundserv’s Super Lawn Truck serves as the company’s only form of advertising and accounts for less than a half percent of gross sales. “We’ve painted our trucks a neon, lime green paint and they far overshadow everyone else’s standard white truck with lettering. Because they are so recognizable we don’t need to do any other advertising. We just drive and park, people see them and call. It’s really that simple,” said Delany.

A Cut Above the Rest

Groundserv, Inc was originally called, AAA Lawn Service and was a one-man mower operation when Terry Delany started his business in 1996.  Grounserv now employs 35 full-time staff members and they use a fleet of trucks to serve customers in Fayetteville and beyond.  From struggling to turn a profit to boasting trackable growth of 23 percent a year, Groundserv has become a successfull lawn maintenance company.  “Tony taught me that running a company is about being able to walk away and having faith things won’t fall apart. You don’t have to be a cog in the machine at the expense of personal and family time. Success is about having more time – more time for family, for hobbies, for travel. It’s not about how much money you have, it’s about living your life on your own terms,” says Delany. 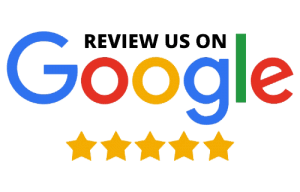 Request Your Copy of The Wealthy Landscaper Letter!